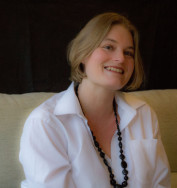 Fay Keenan writes romantic and heartwarming women's fiction. She loves to base her books in her home county of Somerset, and readers will notice many real locations in her stories, alongside brooding heroes, self-possessed heroines and more than a few flavours of the county.

She is the author of the much-loved 'Little Somerby' series, set amongst the cider orchards of Somerset: The Second Chance Tea Shop, Springtime at the Cider Kitchen and Summer in the Orchard.  The series is  also published in Audio by W F Howes, and has been translated into German.

Having signed a 4-book contract with Boldwood Books, Fay is now writing a new series set in the fictional Somerset town of 'Willowbury'. A Place to Call Home was published in November 2019, followed by Snowflakes Over Bay Tree Terrace in August 2020.

When she is not writing fiction, Fay is a secondary school English teacher, a wife, a mother of two daughters and the keeper of a large, demanding Weimaraner dog called Bertie.