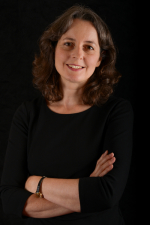 Sara Keane has worked in publishing for over 25 years, in the UK and Spain. A graduate of Cambridge University, she started her career as a graduate trainee at Oxford University Press, and was then transferred to the sales team at the Spanish headquarters in Madrid. She worked in Spain for eleven years in editorial and rights roles in book, video and magazine publishing, including a stint as a sub-editor at celebrity gossip magazine HELLO! In addition, she worked as a successful non-fiction book translator from Spanish to English. On returning to the UK, Sara became Commissioning Editor for Large Print books at BBC Audiobooks, acquiring rights in works by a huge range of bestselling authors including Ian Rankin, Victoria Hislop, Nora Roberts, Alexander McCall Smith and Michael Connelly from an extensive network of UK & US publishers. She was also Editor of the Black Dagger classic crime imprint, which was published in collaboration with the Crime Writers’ Association, and headed up an e-book publishing programme. The authors she represents include Lucy Coleman, Claire Heywood, Fay Keenan, Amy Myers and Alexandra Walsh. 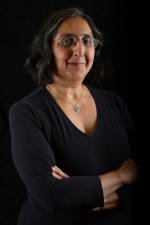 Kiran Kataria has three decades' experience in rights and editorial, building on a passion for books and a BA degree in English Literature . She started her career at Pan Macmillan, working initially in marketing and editorial. She then spent ten years in the rights department, negotiating a full spectrum of rights deals for authors such as Colin Dexter, Minette Walters, Elizabeth Jane Howard and Lynda La Plante. Kiran was then recruited by the Murray Pollinger Literary Agency, to work with prestige clients such as the Roald Dahl Estate, and subsequently worked as Rights Manager at Severn House Publishers. In 2000 she became Commissioning Editor for Audio at BBC Audiobooks, publishing authors such as Maeve Binchy, Joanna Trollope, Jessica Stirling, Dick Francis, P.D. James and Kate Atkinson in unabridged audio recordings narrated by leading actors, many of which won industry awards. She also commercialised many BBC programmes for the audio market, notably the acclaimed History of the World in 100 Objects. The authors she represents include Jan Casey, Helen Fripp, Jenny Kane and Judy Leigh.