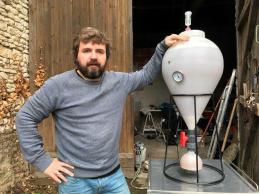 Tommy Barnes worked as a graphic designer in London whilst performing as a stand up comedian in his spare time. In 2016 he decided to escape the rat race and move to the Loire Valley in France to start a microbrewery, despite having zero beer-making knowledge.

A Beer in the Loire, published by Muswell Press, is an endearing and hilarious account of his calamitous attempt to make a success of brewing beer in one of France's most famous wine producing regions. Part inspirational memoir, part beer brewing manual, part colourful travelogue, it has sold in Czech, French and Korean.

A Beer in the Loire was shortlisted for the 2019 Fortnum & Mason Food & Drink Awards.

Tommy is currently writing a sequel which will be published by Muswell Press in 2021. 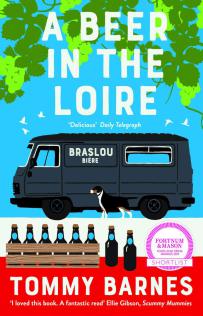