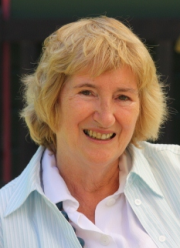 Amy Myers is a popular and well-established author of crime fiction and historical sagas. She writes the ongoing crime series featuring classic car detective Jack Colby, the most recent instalment of which is Classic at Bay (Severn House, 2016).

She also wrote the Marsh & Daughter series, in which Peter and Georgia Marsh investigate historical cold cases. Murder in Abbot’s Folly (Severn House, 2011) was the most recent, and has an intriguing Jane Austen connection.

Her Tom Wasp novels, featuring a Victorian chimney sweep sleuth, were published in the USA, one garnering a starred review, and her popular Auguste Didier novels are currently available as ebooks from Headline.

Amy is also a sought-after contributor of short crime stories to Ellery Queen's Mystery Magazine and other magazines and anthologies.

Under pseudonyms, chiefly Harriet Hudson and Laura Daniels, she has written a number of historical sagas and romantic suspense novels, many of which are published as ebooks by Headline. Her Seasons of War quartet (Summer's End, Dark Harvest, Winter Roses & Songs of Spring), which chronicles the trials and tribulations of the four daughters of the Rector in a Sussex village during WWI, has recently been reissued in paperback by Allison & Busby.

Amy worked in publishing before becoming a full-time author. She has lived in Paris, the inspiration for the character of her 19th-century master chef sleuth, Auguste Didier. Now living in Kent with her husband, the setting of her Jack Colby and Marsh & Daughter series, Amy enjoys hopping across the Channel to revisit the land of Didier’s birth. 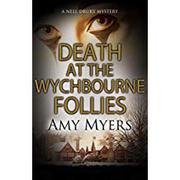