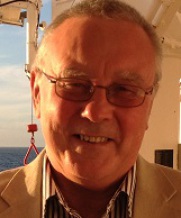 A J Wright's Striking Murder, the first in the Lancashire Detective series, was published by Allison & Busby in January 2016 and was shortlisted for the 2016 CWA Endeavour Historical Dagger Award:

The judging panel commented that 'The first volume in Alan Wright’s Lancashire Detective series takes an unromantic view of late Victorian England. Set in Wigan during the national miners’ strike of 1893, it follows Detective Sergeant Brennan’s attempts to unmask the murderer of a hated colliery owner. Social comment, fine writing and devilishly cunning plotting combine in a novel that brings a forgotten dispute vividly back to life.'

A J Wright was also shortlisted for the Crime Writers' Association Debut Dagger award in 2009, and in 2010 won the Dundee International Fiction Prize for his Victorian murder mystery Act of Murder [Polygon, 2011]. He has also had several short stories published, including a Victorian ghost story in the anthology Ghost Stories published by Profile Books [2014], and Exposure, published in the January/February 2017 edition of Ellery Queen Mystery Magazine.

His writing is inspired by his two major interests: all things Victorian, and classic works from the Golden Age of crime fiction. He is a former English teacher and lives near Wigan.