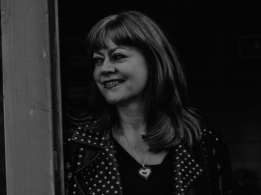 Alexandra Walsh was a journalist for over 25 years, writing and editing for many national newspapers and magazines. She worked in television as an associate producer and director, with a brief stint in radio. For a number of years, she wrote television and film scripts before combining her two passions of history and fiction to write The Marquess House Trilogy, a series of dual timeline conspiracy thrillers, moving between the present day and Tudor England.

The trilogy is published in Audio by W F Howes in the UK and by Tantor Media in the USA.

Alexandra is currently writing a novel set during Victorian times, which will be published by Sapere Books in 2021.