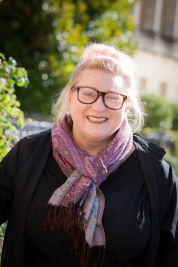 Dr Gabrielle Malcolm is a writer, artist, film maker, script writer and academic. A leading authority on the Victorian author, Mary Braddon, she was appointed Visiting Research Fellow in English in 2012 at the International Centre for Victorian Women Writers at Canterbury Christ Church University, where she has been instrumental in developing the Mary Braddon Archive. In addition, she lectures in Literature & Creative Writing at City of Bath College.

Gabrielle also researches and writes about Jane Austen in popular culture and global fan phenomena, and is the author/editor of Fan Phenomena: Jane Austen (Intellect Books, April 2015). She has also created a Jane Austen Film Location Tour for Brit Movie Tours. There is not much she doesn’t know about that Colin Firth wet shirt scene! She is a regular speaker at the annual Jane Austen Festival in Bath and the Regency Week in Hampshire celebrating Austen’s life and work. She is currently at work on a book about male characters in Jane Austen.

Gabrielle has also worked as a script consultant for digital producer/presenter Michael Stevens on Vsauce, who streams to millions of subscribers on his YouTube channel. Her literary blog can be found here: ‘A Special Mention’ https://gabymalcolm.wordpress.com/ ; and as well as the many followers for this site her writing has appeared for thousands of followers at the Journal of Victorian Culture Online http://blogs.tandf.co.uk/jvc/ and the Shakespeare Birthplace Trust’s http://bloggingshakespeare.com/ She can regularly be found tweeting @gabymalcolm, with fellow Janeites. 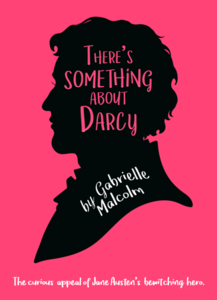